Vol. 1 is confined to the inland operations and vol. 2 concentrates on seaboard operations.

The Historian Who Changed the Way Naval Battles Were Fought In 1859 Alfred Thayer Mahan graduated second in his class from the U.S. Naval Academy. Unfortunately, he hated the smoky, steam-driven, ships of his time, and longed for the days of square-rigged sailing vessels. Making matters worse, when he eventually got command, he was terrible at it. HIs ships had this unnerving tendency to... well... run into things-other ships, piers, and so forth. In 1885 he was appointed to the Naval War College to teach naval history and tactics, and his true calling emerged. He might have been a terrible ship commander, but he was an absolute genius as a naval historian and theoretician. HIs books were avidly read by naval officers the world over. They shaped the way modern navies would be organized-and, more importantly, revolutionized the way ships would fight. Now, for the first time, Mahan's principal works-along with his autobiography-are brought together in a single collection. The Mahan Nautical History Series FROM SAIL TO STEAM: Recollections of a Naval Life SEA POWER AND WORLD HISTORY: 1660-1783 SEA POWER AND THE AMERICAN REVOLUTION: 1775-1783 SEA POWER AND THE FRENCH REVOLUTION: 1793-1812 SEA POWER AND THE WAR OF 1812 - Volumes I and II

Unlike some other reproductions of classic texts (1) We have not used OCR(Optical Character Recognition), as this leads to bad quality books with introduced typos. (2) In books where there are images such as portraits, maps, sketches etc We have endeavoured to keep the quality of these images, so they represent accurately the original artefact. Although occasionally there may be certain imperfections with these old texts, we feel they deserve to be made available for future generations to enjoy.

Reproduction of the original: Sea Power in its Relations to the War of 1812 vol II by Alfred Thayer Mahan 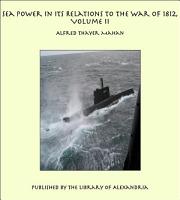 Popular memory of the War of 1812 caroms from the beleaguered Fort McHenry to the burning White House to an embattled New Orleans. But the critical action was elsewhere, as Richard V. Barbuto tells us in this clarifying work that puts the state of New York squarely at the center of America’s first foreign war. British demands to move the northern border as far south as the Ohio River put New York on the first line of defense. But it was the leadership of Governor Daniel D. Tompkins that distinguished the state’s contribution to the war effort, effectively mobilizing the considerable human and material resources that proved crucial to maintaining the nation’s sovereignty. New York’s War of 1812 shows how, despite a widespread antiwar movement and fierce partisan politics, Tompkins managed to corral and maintain support—until 1814, when Britain agreed to peace. Retrieving New York’s War of 1812 from the fog of military history, Barbuto describes the disproportionate cost paid by the state in loss of life and livelihood. The author draws on in-depth research of the state’s legislative, financial, and militia records, as well as on the governor’s extensive correspondence, to plot the conduct of the war regionally and chronologically and to tell the stories of numerous raids, skirmishes, and battles that touched civilians in their homes and communities. Whether offering a clearer picture of the performance of the state militia, providing a more accurate account of the conflict’s impact on the state’s diverse population, or newly detailing New York’s decisive contribution, this deeply researched, closely observed work revises our view of the nation’s perhaps least understood war.

The War of 1812 is etched into American memory with the burning of the Capitol and the White House by British forces, The Star-Spangled Banner, and the decisive naval battle of New Orleans. Now a respected British military historian offers an international perspective on the conflict to better gauge its significance. In The War of 1812 in the Age of Napoleon, Jeremy Black provides a dramatic account of the war framed within a wider political and economic context than most American historians have previously considered. In his examination of events both diplomatic and military, Black especially focuses on the actions of the British, for whom the conflict was, he argues, a mere distraction from the Napoleonic War in Europe. Black describes parallels and contrasts to other military operations throughout the world. He stresses the domestic and international links between politics and military conflict; in particular, he describes how American political unease about a powerful executive and strong army undermined U.S. military efforts. He also offers new insights into the war in the West, amphibious operations, the effects of the British blockade, and how the conflict fit into British global strategy. For those who think the War of 1812 is a closed book, this volume brims with observations and insights that better situate this “American” war on the international stage. 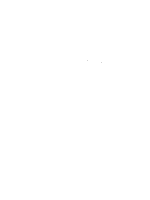 Overturns established thinking about the Anglo-American War of 1812-15.

The quest to write a geographical book leading up to the two-hundredth anniversary of this conflict, known as the War of 1812, that created two North American countries we enjoy today, began in 2006, with the goal to visit as many historical sites as possible. We started searching for roadside markers, plaques, monuments, cemeteries, the tombstones to the fallen, fortifications, battlefields and those who fought in this war, and to tell the readers the stories behind them. Searching for the Forgotten War 1812, was an experience that was more than we expected in terms of the wonderful people we met along the way. 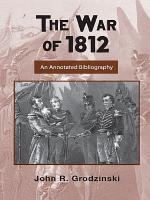 John R. Grodzinski’s volume in the Routledge Research Guides to American Military Studies covers the origins of the War of 1812 - the major post-revolutionary conflict fought between the United States and the British Empire - providing a general overview of the significant battles that occurred at sea and in the area of the present-day Great Lakes and U.S.-Canadian border. The key features of this research guide are the bibliographical elements, namely lists of published books, articles, and on-line resources pertaining to the War of 1812, as well as references to archival resources available in the United States, United Kingdom, and Canada. The War of 1812 is a valuable supplementary resource for institutional libraries on both sides of the Atlantic.

"A short and easily-readable book that will explain to both Americans and Canadians why the War of 1812 mattered in the histories of their two nations. For those who seek insights into this subject during the bicentennial commemorations of the war, this book is the place to start. Its contents provide far more that merely the military history of the failed American campaigns against Canada between 1812 and 1815. Those events are set in the larger contexts of the development of the North American continent and the crisis of the Napoleonic Wars in Europe. The book is short, up-to-date, and contains a useful guide to other writings about the War of 1812"--

The War of 1812 ranged over a remarkably large territory, as the fledgling United States battled Great Britain at sea and on land across what is now the eastern half of the U.S. and Canada. Native people and the Spanish were also involved in the war’s interrelated conflicts. Often overlooked, the War of 1812 has been the subject of an explosion of new research over the past twenty-five years. The Routledge Handbook of the War of 1812 brings together the insights of this research through an array of fresh essays by leading scholars in the field, offering an overview of current understandings of the war that will be a vital reference for students and researchers alike. The essays in this volume examine a wide range of military, political, social, and cultural dimensions of the war. With full consideration given to American, Canadian, British, and native viewpoints, the international group of contributors place the war in national and international context, chart the course of events in its different theaters, consider the war’s legacy and commemoration, and examine the roles of women, African Americans, and natives. Capturing the state of the field in a single volume, this handbook is a must-have resource for anyone with an interest in early America.

The origins of the War of 1812 have long been a source of confusion for historians, owing to the lack of attention that has been paid to England's part in precipitating the conflict and to the overemphasis placed on "western expansionist" factors. This volume offers the first analysis of the causes of the war from both the British and American points of view, showing clearly that, contrary to the popular misconception, the war's basic causes are to. be found not in America but in Europe. For unless one accepts the view that America committed an act of pure aggression in 1812, one must turn to the motives underlying British policy to deter­mine why America felt it had to fight. In the years immediately preceding the war (1803-1812), England was dominated by a faction that pledged itself not only to defeat Napoleon but also to maintain British commercial supremacy. The two main points of contention between England and America during this period—impress­ment and the restrictions imposed by the Orders in Council—were direct results of these commitments. America finally had no alternative but to oppose with force British maritime policy, which, although partly caused by jealousy of American commercial growth, stemmed in large measure from involvement in total war with France. In addition to tracing the gradual drift to war in America, Reginald Horsman shows that the Indian problem and American expansionist designs against Canada played small part in bringing about the struggle. He examines the efforts made by America to avoid conflict through means of economic coercion, efforts whose failure confronted the nation with two choices: war or submission to England. Since the latter alternative presented more terrors to the recent colonists, America went to war.