No other narrative from within the corridors of power has offered as frank and intimate an account of the making of the modern Chinese nation as Ji Chaozhu’s The Man on Mao’s Right. Having served Chairman Mao Zedong and the Communist leadership for two decades, and having become a key figure in China’s foreign policy, Ji now provides an honest, detailed account of the personalities and events that shaped today’s People’s Republic. The youngest son of a prosperous government official, nine-year-old Ji and his family fled Japanese invaders in the late 1930s, escaping to America. Warmly received by his new country, Ji returned its embrace as he came of age in New York’s East Village and then attended Harvard University. But in 1950, after years of enjoying a life of relative ease while his countrymen suffered through war and civil strife, Ji felt driven by patriotism to volunteer to serve China in its conflict with his adoptive country in the Korean War. Ji’s mastery of the English language and American culture launched his improbable career, eventually winning him the role of English interpreter for China’s two top leaders: Premier Zhou Enlai and Party Chairman Mao Zedong. With a unique blend of Chinese insight and American candor, Ji paints insightful portraits of the architects of modern China: the urbane, practical, and avuncular Zhou, the conscience of the People’s Republic; and the messianic, charismatic Mao, student of China’s ancient past–his country’s stern father figure. In Ji’s memoir, he is an eyewitness to modern Chinese history, including the Great Leap Forward, the Cultural Revolution, the Nixon summit, and numerous momentous events in Tiananmen Square. As he becomes caught up in political squabbles among radical factions, Ji’s past and charges against him of “incorrect” thinking subject him to scrutiny and suspicion. He is repeatedly sent to a collective farm to be “reeducated” by the peasants. After the Mao years, Ji moves on to hold top diplomatic posts in the United States and the United Kingdom and then serves as under secretary-general of the United Nations. Today, he says, “The Chinese know America better than the Americans know China. The risk is that we misperceive each other.” This highly accessible insider’s chronicle of a struggling people within a developing powerhouse nation is also Ji Chaozhu’s dramatic personal story, certain to fascinate and enlighten Western readers. A riveting biography and unique historical record, The Man on Mao’s Right recounts the heartfelt struggle of a man who loved two powerful nations that were at odds with each other. Ji Chaozhu played an important role in paving the way for what is destined to be known as the Chinese Century. Praise for The Man on Mao’s Right "Brave, beautifully written testimony . A true "fly-on-the-wall" account of the momentous changes in Chinese society and international relations over the last century." --Kirkus Reviews “It is a relief to read an account by an urbane and often witty insider who neither idolizes nor demonizes China's top leaders . . . . Highly recommended." —Library Journal, starred review

Remaking Beijingtraces China’s modern and contemporary experience, focusing on Tiananmen Square in Beijing, still the most exalted space in China today. Wu Hung describes the square’s transformation from a proscribed imperial space to a public arena of political expression, and from a monumental Communist complex to a holy relic of the Maoist era. For over half a century, since the square became the symbolic centre of the new socialist capital, it has determined the city’s development; in examining the square, the author examines the city as a whole. Wu Hung also explores the importance of Tiananmen as a locus of visual production in China: as the site for Mao’s standard portrait on Tiananmen’s façade; as the location of museums and monuments showcasing masterpieces of socialist art; and as a parade ground for extravagant National Day celebrations. In recent years it has also inspired unofficial artists to create a large body of works – paintings, photographs, performances – which challenge its authority. Using a wide range of sources including government archives, newspapers, photography, architecture, literature, art exhibitions and advertisements, this book explores the history and complex meaning of Beijing’s public spaces. As a native of Beijing, Wu Hung witnessed the construction and transformation of the city; in this book he combines historical enquiry with his own personal experience, offering a case study of a particular type of modern metropolis whose construction is intertwined with the creation of a political nation-state.

A “memorable series of portraits of the working class people who defended Tiananmen Square” (The New York Review of Books) during the protests from the award-winning poet, dissident, and “one of the most original and remarkable Chinese writers of our time” (Philip Gourevitch). Much has been written about the Tiananmen Square protests, but very little exists in the words of those who were actually there. For over seven years, Liao Yiwu—a master of contemporary Chinese literature, imprisoned and persecuted as a counter-revolutionary until he fled the country in 2011—secretly interviewed survivors of the devastating 1989 Tiananmen Square massacre. Tortured, imprisoned, and forced into silence and the margins of Chinese society for thirty years, their harrowing and unforgettable stories are now finally revealed in this “indispensable historical document” (Kirkus Reviews, starred review).

As the world watched the crumbling away of communist regimes in Eastern Europe, the pro-democracy movement in China was dealt a severe blow in June of 1989. Also referred to as the June 4th Incident, the Tiananmen Square protest included students, intellectuals, and workers demanding democratic reforms and social change. To break up the escalating protest armed soldiers stormed the square killing close to two hundred demonstrators and injuring thousands more. Culture and Politics in China explores the events, trends, and tendencies that led to the student demonstrations. This volume objectively presents a wide range of information permitting readers a comprehensive understanding of the circumstances that culminated on the events of June 4, 1989. Documents include eyewitness accounts by student leaders Chai Ling and Wu'er Kaixi, the speeches of Deng Xiaoping and Yang Shangkun justifying the use of force, analysis of the events by the Marxist theorist Su Shaozhi, the writings of young intellectuals Yan Jiaqi, Liu Xiaobo, and others. Selections include essays on the May Fourth Movement of 1919 and the television documentary, the "Yellow River Elegy" which question the Chinese cultural tradition. Leading political scientists contribute to this volume. Lee presents an analysis of the role of Deng Xiaoping in the events at Tiananmen Square, and his views on the Chinese Communist party-state and the pro-democracy movement King Tsao, who was at the square, views the demonstrations as a form of civil disobedience and dissent against the party-state. He gives an eyewitness account and a contextual analysis of some of the events and underlying themes. Steven Mark, a journalist, presents an analysis of the various roles of both the Chinese and Western press, beginning with their role in shaping public opinion before the demonstrations and continuing as the media scrambled to cover China's biggest news story since the communist takeover in 1949. Those who

'I recall being woken by the sound of tanks moving down the Avenue of Eternal Peace. It was 5 o'clock on the morning of 4 June. Tanks, APCs and troop trucks were sweeping down the avenue. Citizens ran for cover. Helicopters hovered above. Foreign media claimed that Chinese troops had fired into the crowds with several hundred casualties.' More than three decades later, the Tiananmen Square incident refuses to be forgotten. The events that occurred in the summer of 1989 would not only set the course for China's politics but would also re-define its relationship with the world. China's message was clear: it remained committed to market-oriented reform, but it would not tolerate any challenge to the supremacy of the Chinese Communist Party. In return for economic prosperity, the Chinese have surrendered some rights to the state. A democratic future seems far away. Vijay Gokhale, then a young diplomat serving in Beijing, was a witness to the drama that unfolded in Tiananmen Square. This unique account brings an Indian perspective on an event in China's history that the Chinese government has been eager to have the world forget.

Examines the events and aftermath of the massacre by the Chinese army of protestors in Beijing's Tiananmen Square in 1989. 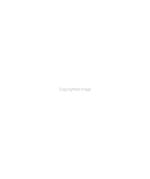 "Last Kiss in Tiananmen Square" is a novel based on the 1989 Tiananmen Square Pro-democracy movement. The novel follows a young woman, Baiyun, a junior in college, trying to reconcile her upbringing while in the midst of the rising political movement in Beijing, China. Baiyun grew up in a strange and cold household: her mother, Meiling, brought her many young lovers to their home while Baiyun was a small child. Often, Baiyun could hear her sad father, drunk and listening by the door. In order to cope with her dysfunctional family, Baiyun worked as hard as she could, eventually getting herself in the prestigious Beijing University. But even away from her parent's madness, she was unable to escape her haunting memories. A distraction was right outside her dorm room window. Baiyun joined the Pro-democracy movement to vent her frustrations. While protesting, she met the man of her dreams, Dagong, a handsome and charismatic factory technician who was orphaned at birth and lost his only relative during the Cultural Revolution. But even Dagong couldn't fully take Baiyun away: his face reminded her of one of her mother's lovers, both attracting her and drawing her back. Eventually Baiyun and Dagong were bonded by their troubled pasts. Amidst the backdrop of the escalating unrest on the streets, they faced violence and were eventually made to question their true loyalties, especially after Baiyun had discovered that Dagong was married with a son. "Last Kiss in Tiananmen Square" is a coming-of age story set against the historic and devastating era in Chinese history. With the cultural significance and family bonds of "The Kite Runner," this book explores the way in which one's past is never forgotten.

From talking to the powerful in Beijing and the peasants in the countryside, an experienced journalist interprets China and its post-Deng future