Search Results for: tiy and the prince of egypt

Based on the lives of Pharaoh Amenhotep III and Queen Tiy - a historical romance for all ages! Tiy is different than the other Egyptian girls--she has pale hair and more freckles than she wants to count. With her mother consumed by the need to keep up appearances, and her father too busy to care, Tiy just wants to disappear into the background. But her hope for a quiet life is shattered when she rescues Prince Amenhotep from a sandstorm and is rewarded with an invitation to attend the royal school in Egypt's capital -a place where girls like her will never belong. Amenhotep welcomes her into his close circle of friends and their friendship strengthens into a bond neither is willing to lose. But when Amenhotep becomes Pharaoh and is pressured by the priests to marry, the strength of their friendship is threatened. Will Tiy find enough courage to accept Amenhotep's hand when he wants her to become the next Queen of Egypt, especially when her feelings run no deeper than friendship? And how can she protect him from the Nubian rebels who are determined to take control of Egypt? "This story is a rare gem." - Playing for Sweeps "Based on a real Pharaoh and his Queen, this story really draws you in." - Trips Down Imagination Road "Debbie Dee blew me away, yet again...I was at the edge of my seat over and over." - Kayla's Place

Although they existed more than a millennium apart, the great civilizations of New Kingdom Egypt (ca. 1548–1086 BCE) and Han dynasty China (206 BCE–220 CE) shared intriguing similarities. Both were centered around major, flood-prone rivers—the Nile and the Yellow River—and established complex hydraulic systems to manage their power. Both spread their territories across vast empires that were controlled through warfare and diplomacy and underwent periods of radical reform led by charismatic rulers—the “heretic king” Akhenaten and the vilified reformer Wang Mang. Universal justice was dispensed through courts, and each empire was administered by bureaucracies staffed by highly trained scribes who held special status. Egypt and China each developed elaborate conceptions of an afterlife world and created games of fate that facilitated access to these realms. This groundbreaking volume offers an innovative comparison of these two civilizations. Through a combination of textual, art historical, and archaeological analyses, Ancient Egypt and Early China reveals shared structural traits of each civilization as well as distinctive features.

In ancient Egypt women enjoyed a legal, social and sexual independence unrivalled by their Greek or Roman sisters, or in fact by most women until the late nineteenth century. They could own and trade in property, work outside the home, marry foreigners and live alone without the protection of a male guardian. Some of them even rose to rule Egypt as ‘female kings’. Joyce Tyldesley’s vivid history of how women lived in ancient Egypt weaves a fascinating picture of daily life – marriage and the home, work and play, grooming and religion – viewed from a female perspective, in a work that is engaging, original and constantly surprising.

This book is confined to offering a description of objects of Egyptian architecture and art in the larger sense; though occasionally the importance of some exceptionally notable smaller specimen of art or craftsmanship may warrant its inclusion.

A two-volume 1925 history of ancient Egypt, offering a chronological narrative from the earliest dynasty to the mid-eighteenth. 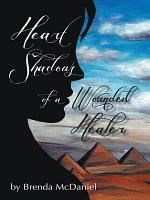 “I first met the author Brenda McDaniel when I spoke in the 1990s at the Great Channeling Conference in Egypt. Her riveting eyes, her rich skin, and her smile were so engrossing that she overshadowed the Great Pyramid! “Who is this goddess?” I thought. The sight of her carried me to lost lands; and the same thing happens as you read the pages of this book. Brenda’s words become your multi-dimensional mirror upon which you ref ect...and remember. Lifetime after lifetime dwells here.” —Shelly Stockwell-Nicholas, PhD. President of the International Hypnosis Federation Author of Time Travel: Do It Yourself Past Life Journey Handbook This is a story about the many lives and adventures of a soul called Ahmisla, beginning before the creation of humankind. She will take you deep into the Amazon jungle and to the great Egyptian court of Akhenaton. You will follow her as she does her priestly duties in Atlantis and then prepares for the fall of this once-great land. Travel with her from the mystery schools of Egypt to the great stone circles of the Druids, coming full circle in a group regression in Sedona, Arizona, where Brenda, our author, is able to heal her heart and remember who she truly is.

In this volume the myths and legends of ancient Egypt are embraced in a historical narrative which begins with the rise of the great Nilotic civilization and ends with the Græco−Roman Age. The principal deities are dealt with chiefly at the various periods in which they came into prominence, while the legends are so arranged as to throw light on the beliefs and manners and customs of the ancient people. Metrical renderings are given of such of the representative folk songs and poems as can be appreciated at the present day. 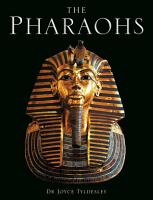 'Concerning Egypt itself, I shall extend my remarks to a great length, because there is no country that possesses so many wonders.' The Greek writer Herodotus wrote these words as long ago as the 5th century BC, and the ancient civilization of Egypt has continued to cast its spell on historians, archaeologists and visitors ever since. Thanks to its geographical isolation, Egypt developed a unique and self-contained culture whose religion, customs, art, architecture and social structures changed little over 3000 years. And its dry climate led to the preservation of a wealth of monuments including ancient cities, pyramids, temples and other sumptuous artefacts. The Pharaohs is an illustrated history of the kings who ruled over this extraordinary land, narrating the story of 30 dynasties starting around 3100 BC when the first pharaoh, Menes, unified Upper and Lower Egypt, and ending with the conquest of Egypt in 332 BC by Alexander the Great. It profiles powerful, and sometimes enigmatic, rulers such as Mentuhotep II, Thutmose III, Amenophis II, Akhenaten, Tutankhamun and Ramesses II. The story of these kings includes such seminal events in ancient Egyptian history as the development of the science of writing and the building of the first pyramid at Saqqara during the Archaic Period; the building of the pyramids at Giza by the centralized administration of the Old Kingdom; the expansion of trade with the Levant and Nubia during the Middle Kingdom (the 'classical' phase of pharaonic civilization); the rule of the foreign Hyksos kings and their introduction of technical innovations such as the horse-drawn chariot; the undertaking of grandiose building projects in the Valley of the Kings by the pharaohs of New Kingdom; expansion into Palestine and Syria which led to conflict with the Hittites; the long decline of Egypt during the Late Period, culminating in its invasion and annexation by Persia and its eventual conquest by Alexander the Great.

An extensive and fascinating collection of stories featuring both famous and everyday women, giving a well-rounded view of the lives of women in the ancient world. * Entries including women from myth, religion, and legend including Eve, Aphrodite, the earth goddess Gaea, Helen of Troy, and Isis * Entries arranged by categories such as Greece, Rome, Christian, and Northern Europe for ease of research * Many rare and revealing images including a procession of virgin martyrs, ca. A.D. 560 * Photographs of ancient sculptures including a Minoan snake goddess, ca. 1600 B.C.; numerous maps of ancient Greece and Mesopotamia; and a depiction of the Hellenistic monarchies * Genealogical charts of the Herodian family, the family of Augustus, and the Julio-Claudian house

Provides practical advice on planning a trip to Egypt; describes points of interest in each section of the country; and includes information on restaurants, nightspots, shops, and lodging.

The Rough Guide Snapshot to Cairo and the Pyramids is the ultimate travel guide to this iconic part of Egypt. It guides you through the region with reliable information and comprehensive coverage of all the sights and attractions, from the Egyptian Museum and the Coptic churches of Old Cairo to the pyramid fields at Giza and Dahshur. Detailed maps and up-to-date listings pinpoint the best cafés, restaurants, hotels, shops, bars and nightlife, ensuring you have the best trip possible, whether passing through, staying for the weekend or longer. Also included is the Basics section from the Rough Guide to Egypt, with all the practical information you need for travelling in and around the region, including transport, food, drink, costs, health, cultural tips and shopping. Also published as part of the Rough Guide to Egypt.

In this compelling guide and sourcebook, renowned author and scholar Michael Rice introduces us to the inhabitants of ancient Egypt, allowing us to encounter their world through their own eyes. Here are the great and the famous, from Cleopatra to Tutankhamun, but here also are the grave-robber Amenwah, Nakht the gardener and Sebaster the hairdresser. The whole arena of Egyptian life is expressed in these pages. Not only are there nearly a thousand biographies, there is also a chapter on 'Encountering Ancient Egyptians', sections on kingship and on religion, a chronology, a glossary and maps. A combination of erudite scholarship and a clear and accessible style, this volume opens up the world of the ancient Egyptians to all those with an interest in the subject in a way that has never been done before.