Search Results for: what hurts the most

A journalist returns to her Florida hometown, where her brother has been arrested for murder, to track down the real killer.

What do you wish for? Maybe it's something you want to have or want to do. Or maybe what you wish for is to go back in time and change something. In Wishes, author Jessica Colby discusses these themes and more in her collection of heartfelt poetry. It would be great to have a magic genie to grant us three wishes so we could redo certain things, but it doesn't work that way. What we can do is use our experiences to grow and become stronger. 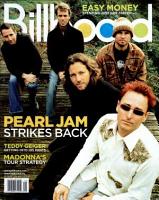 Please note that the content of this book primarily consists of articles available from Wikipedia or other free sources online. Commentary (music and lyrics not included). Pages: 28. Chapters: And It Feels Like, Complicated Disaster, Feels Like Today (song), Here (Rascal Flatts song), I Won't Let Go (Rascal Flatts song), Last Thing on My Mind (Ronan Keating song), Let Me Be Me, Long, Long Way to Go, My Wish, Please Don't Let Me Go, Queen of My Heart, Said It All, Shine (Take That song), Smoke & Mirrors (Paloma Faith song), So Far Gone (song), Staring at the Sun (Rooster song), Stay the Night (James Blunt song), These Days (Rascal Flatts song), The Pieces Don't Fit Anymore, Thinking of Me, Today the Sun's on Us, Undiscovered (song), U Make Me Wanna (Blue song), What Hurts the Most, What I Go to School For, Who'd Have Known, Year 3000, You Didn't Expect That, You Said No. Excerpt: "What Hurts the Most" is a song written by American songwriter Jeffrey Steele and English songwriter Steve Robson. Initially recorded by country music artist Mark Wills in 2003 on his album And the Crowd Goes Wild, it was covered by Bellefire a year later. However, the first version to be released as a single was by pop singer Jo O'Meara in 2005, from the album Relentless. Later that year, country band Rascal Flatts covered the song as well, releasing it as the first single from the 2006 album Me and My Gang, topping the U.S country and adult contemporary charts with it. German band Cascada later had international chart success with the song in 2007. Jeffrey Steele co-wrote the song with Steve Robson, with whom he also co-wrote Rascal Flatts' 2002 single "These Days." Robson presented Steele with an unfinished track, and Steele decided to come up with lyrics to finish the track. Originally, he had wanted to write a song about the loss of his father, but instead went with a more universal theme of lost love. After singing the lyrics, he decided that he liked how sad the song sounded, ...

When their parents foil their plan to attend the same college, Jag and Roxy have a choice: try the long-distance thing and risk a messy ending, or let go and hope for a “someday" second chance. Jag hates the friend zone, but bides his time as Roxy's next-best thing: her biggest cheerleader, a shoulder to cry on and her best friend. Six years later, when they’ve earned what their sacrifices were meant to achieve, Jag is a prodigious composer and Roxy writes for Rolling Stone. But it’s hard to revel in their own success when they’ve lost the one thing they were always meant to be: together.

r.h. Sin’s final volume in the Whiskey, Words, and a Shovel series expands on the passion and vigor of his first two installments. His stanzas inspire strength through the raw, emotional energy and the vulnerability of his poems. Relationships, love, pain, and fortitude are powerfully rendered in his poetry, and his message of perseverance in the face of emotional turmoil cuts to the heart of modern-day life. At roughly 300 pages, this culminating volume will be his lengthiest yet.

In this last installment of what hurts the most, everyone learns that letting go is. Secrets are revealed and hearts are being crushed. We will see who's going to be the last man standing and which woman will hold the key to which man's heart. More drama and more backstabbing but as we already know, only one person can come off on top. Let's just see who will be the last man standing.

It was years later, and they were still grieving, mourning, crying, and weeping over the loss of their loved ones. The hurt, pain, brokenness, sorrow, heartache, and heartbreak they felt in the beginning never subsided; and it never ended. Unknowingly, they had stepped into the process, but never entered into the journey.

This do-it-yourself retreat combines the Spiritual Exercises of St. Ignatius with the teachings of Saints Thérèse of Lisieux, Faustina Kowalska, and Louis de Montfort. As Danielle Bean, editor-in-chief of Catholic Digest, puts it, “The voice of Christ in these pages is one that even this hopelessly distracted wife and mother of eight could hear and respond to.” Includes bonus material in appendices.